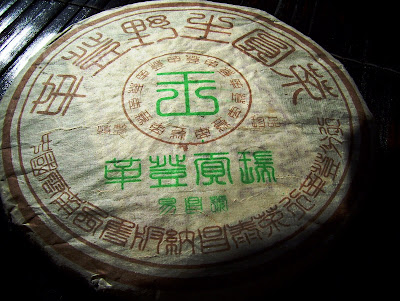 According to early 19th century government records state, “…there once was a King Tea Tree on GeDeng Mountain that was a substantially bigger and taller than all the others that would yield a disproportionate amount of tea buds when compared to other tea trees. The local farmers would gather for a ceremony at this “King Tree” to thank the mountain for a bountiful and prosperous harvest.

GeDeng Mountain “Leather Stirrup Mountain” is situated next to the Kong Ming, YouLe and JiGuani Mountains. District records indicate that GeDeng’s annual tea production is over 250 metric tons which is generally picked by the local villages, the most notible of which are the villages of An Le and Xing Fa. Interestingly, the tea arbors which grow in GeDeng can at times are covered with white tomenta thus earning the nickname “Big White Tea” which can be dated back many years.

ChangTai Factory is owned and operated by the Shōtai Yunnan Tea Industry group in the city of Jinghong in Xishuangbanna. Shōtai Group has assets worth 50 million yuan, with an output of nearly 7,000 tons of quality Pu'er tea annually in over 500 different varieties making Shōtai a power player in the pu-erh business. 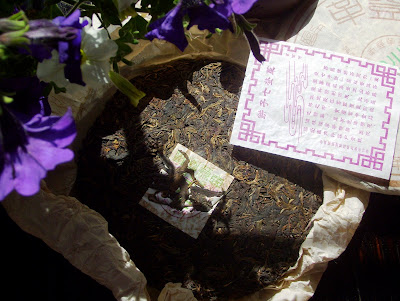 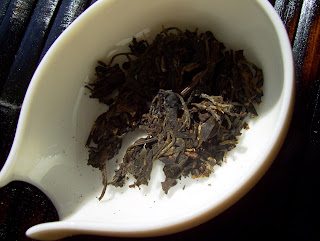 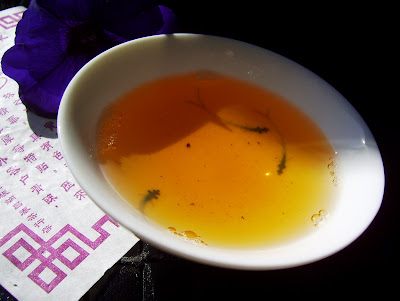 The color of the liquor was mesmerizing with its clear electric amber. The aroma had notes of pine, sweet grass wrapped in a flutter of camphor which turned somewhat fruitier in subsequent infusions. By the third infusion, I could smell a hint of dried plum. The liquor was dry which subtly transformed into a sweet palate although its sweetness did not last long. The liquor was highly acidic which gave the liquor a vibrant feeling. Additionally, the liquor had a silky viscosity which coated the tongue and throat nicely. It had a descent warming chaqi that came in spurts. 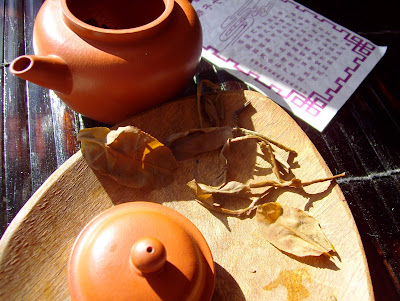 The leaves look healthy with a nice leaf to bud ratio. Not flimsy but had a nice weight to them. Definitely not over harvested leaves.

I enjoyed this tea. It can actually be drunk now in my opinion. With 5 years of aging, most of its harshness seems to have dissipated. It had interesting flavors and a nice chaqi. Although it did lack a nice lasting huigan, its complex flavors made up for the deficit. It was a good session.
at June 13, 2008 6 comments: