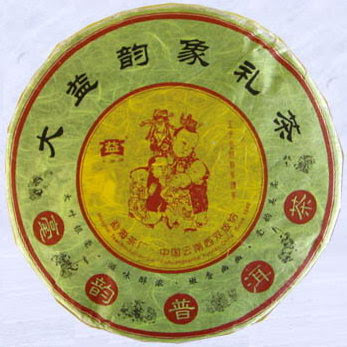 Again,like the previous beeng reviewed, the information for this particular beeng was again scarces. Yet, I do believe what MengHai was going after is showcasing a beeng with a high bud ratio which is obviously implied in the name - yet, you never know with puerh and Chinese translations. 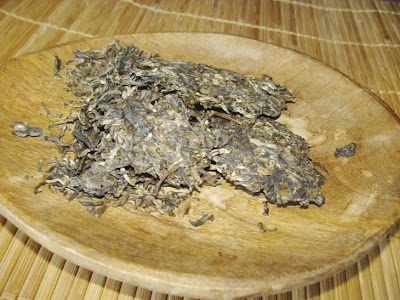 The dry leaf does appear to have a slight higher bud ratio than your average beeng preseciption - but not much. I figured if you were going to showcase a beeng and name it "hao", it would be slightly "whiter", yet this was not the case. 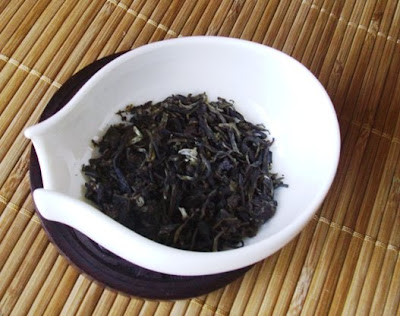 Definitely still a very young tea even after almost 4 years of aging. There were quintessential aroma notes that you would find in a younger example; mostly floral, but almost candy like. There were wafting notes caramelized honey enveloped with a tad of smoke, though not offensive. The aromas were very strong and did not dissipate easily from the aroma cup nor from the brew itself. Wonderful. 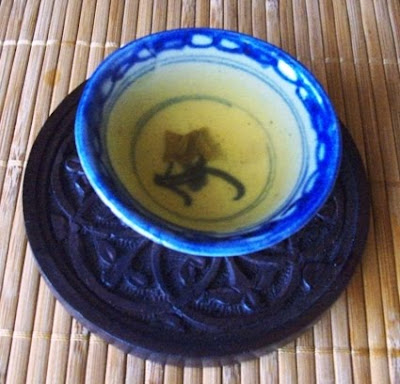 In the latter infusions, the sweetness had transformed more into a vegetal quality allowing more of the muskiness to come through - a nice transition which helped to even out the session.

The liquor very much corresponded with the youth of the aroma. There were notes of rubber, smoke and very much astringent. However, after the 3rd infusion, in a surprising turn, the notes had transformed into a subtle leather and tobacco; interesting indeed. The astringency was still noticeable which is "ok" in a young and potent beeng. However, what concerns me is that after almost 4 years, it still has quite a bite. The acidity was impeccible, which made the liquor lively and bright. When you can get passed the astringency, there is a subtle huigan that in my opinion makes the astrigency worthwhile. The texture of the liquor was quite smooth which is somewhat suprising with its complex brassiness. 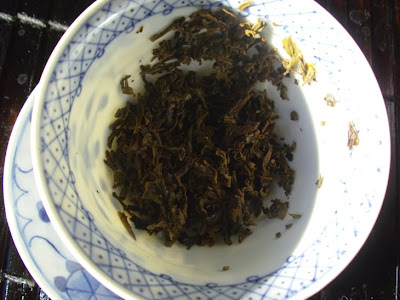 What a punch! Very potent in all respects. It had a wonderful longevity and could of gone more rounds however decided to cut the session short as I was starting to feel the effects of drinking such a young tea. I assume that this been will age nicely however, if the astringency is still not in check in a couple of years, there may more concern. But I am going to be lenient only because it supposed to be slightly more bitter with its higher bud ratio. All in all, it was a potent brew which certainly lets you experience the strength of puerh. The cha qi was pleasant and short lived.
at February 07, 2010 4 comments: